Liquid Warmth in a Glass

It’s official. The winter months have crept up on us and have been teasing us with some cold nights and chilly mornings. Unlike the European countries, we are not equipped to deal with such cold. Luckily our winter is short lived and just as we are finally becoming used to dealing with the cold, we get to pack away our winter warmers. However, we decided that this year, winter will not get the better of us. We sent our most experienced adventurer and explorer on a journey to the coldest corners of the iciest European countries to learn their strategies in keeping warm and they came back with this delicious Glühwein Recipe that will warm you through to the bone!

Although glühwein (“glue-vine”) is a German word, this mulled wine has it’s first origins in the Roman Empire and became popular in German speaking countries after the Roman invasion of Europe brought this recipe to them. Many European countries have there own adaptions to this hot red wine recipe – some favouring lemon over orange and using various different syrups. Fortunately you do not need to be Roman or even European to partake this “don’t-let-my-glass-become-empty” hot alcoholic drink. 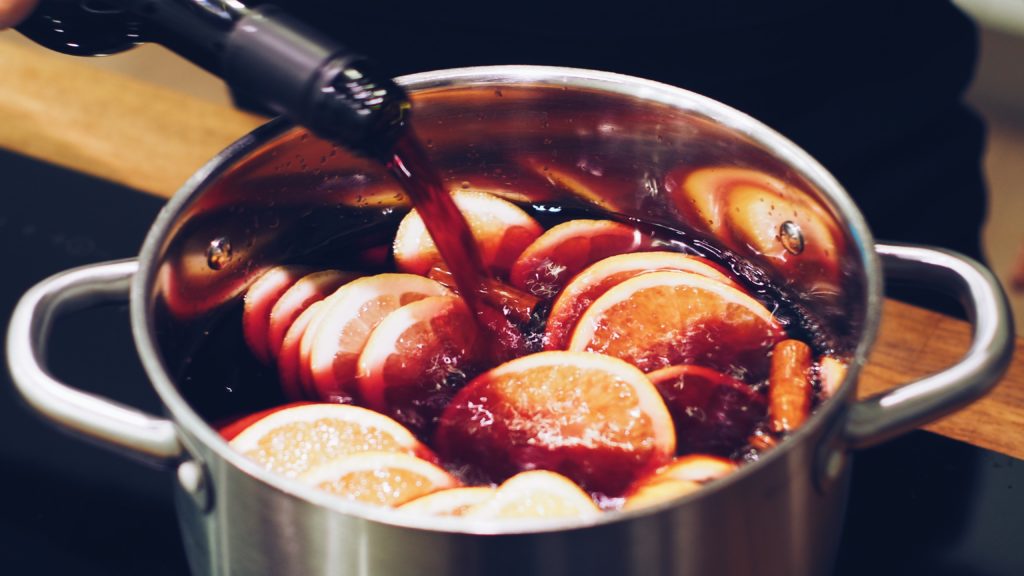 If following recipes from scratch is really not your thing, Woolies does a quick and easy one. Otherwise, book with us and we can chat about including some Glühwein at your next event to end your function, training or conference off on a warm note. Book here or fill out the contact form below.